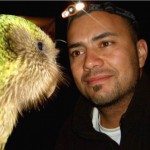 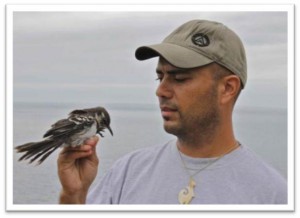 My research encompasses a range of topics in Conservation Biology including the taxonomy and conservation of New World monocotyledons; reproductive biology and management of threatened island birds; management of disease risk in small avian populations and the development of survey methods for threatened island vertebrates such as parrots and land iguanas. The largely human-driven biodiversity loss occurring at a global scale is an unprecedented phenomenon. Such loss ranges from erosion of genetic diversity of food crops and species extinctions, to disappearance of ecosystem-level processes. These changes have a severe effect in human societies as their wealth and wellbeing ultimately rely on the services and products ecosystems provide. The disappearance of species constitutes one of the most dramatic examples of biodiversity loss. Approximately 20, 000 species are threatened with extinction, due to habitat modification, introduction of invasive species and unsustainable harvest. The task of developing projects aimed at preventing species extinctions is clearly overwhelming. In collaboration with scientists and managers from around the world and from a wide range of disciplines, I develop topical projects aimed at stopping biodiversity loss on islands. 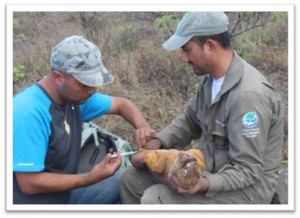 My PhD research project aimed at refining translocation practices for New Zealand native parakeets. I achieved this by conducting the largest transfer of red-fronted parakeets (Cyanoramphus novaezelandiae) to date: 120 individuals to two sites. Such effort resulted in the establishment of two breeding populations of the species. I also closely monitored a recently established population of captive-bred Orange-fronted parakeets (Cyanoramphus malherbi) on Maud Island examining their survival and reproductive success on a predator-free island for the first time. Such information will help improve reintroduction planning for captive-bred New Zealand parrots.

After completing my PhD research in 2010, I worked as Coordinator of the Ecological Restoration Group at the Charles Darwin Foundation in the Galapagos Islands. The Galapagos Islands represent a unique system to study the effects of humans on island ecosystems and also a trial ground for new restoration methodologies. Using the critically endangered Floreana Mockingbird (Mimus trifasciatus), Galapagos Land Iguanas (Conolophus subcristatus) and Giant Tortoises (Chenoloides sp.) as study systems I developed survey techniques and studied the biology of these species to identify ways of maximising conservation efforts on a tropical archipelago. 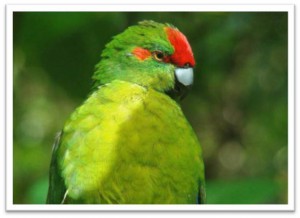 My current research is focused on the molecular characterisation of haematological pathogens affecting parrots and cockatoos, the description of Monocotyledon species new to science, assessing control techniques for invasive birds, the use of museum specimens to address questions related to avian population dynamics, and developing survey methods for critically endangered island parrots. This work is done in collaboration with scientists from Australia, Ecuador, Germany, Jersey, New Zealand, Mexico and the United States.